A follow up on Google mobile friendly ranking change

Here is a follow-up on Google new mobile-friendly algorithm that will roll out on April 21.

First of all, they confirmed that the update will affect all languages, but the changes won’t be global immediately. To update all languages it will take a few days to a week.

Google also confirmed that this is an important update and a significant ranking change. But this change wont affect desktop users. It will only be applied to searches conducted from mobile phones.

But taking into account that mobile traffic is about 30% of all global internet traffic and that users often enter from their mobile phone and then switch to desktop if they like the site or online shop, you can’t really just ignore this change or care only about desktop anymore.

People from Google webmaster department also confirmed once again and named all the things you need to do to be mobile friendly.Those guidelines are numbered on their Mobile-friendliness test tool and the general rule is that if the page gets the green light in this tool it is prepared for the algorithm change. So if you get a green light in this tool you are OK.

A list of those mobile friendly factors that Google will have in mind for giving you mobile-friendly badge as stated during hangout are:

– Are all links well separated so that clicking on them is easy?

– Is your font size big enough to read comfortably on small devices?

– Is your page width adapted to mobile device screen (that means no zooming or horizontal scrolling to use the page)?

– Is your page using technology not supported on many mobile devices (flash is a big no-no)?

As a side note here, Google confirmed that it is using the speed of site opening as a ranking factor from some time now as this is one of the crucial factors for being mobile and in general visitor friendly.

Google webmaster department staff also stressed out during their hangout that the most important thing is to be user friendly, think about usability and have an up-to-date site, then you don’t need to worry about algorithm updates – neither this one nor the future ones as Google always strives to promote sites that are user friendly and easily usable and that users will love. Well, this is not always true as Google sometimes arbitrarily picks controversial factors for their pager ranking mechanism. But as a general rule, if your site is made with its visitors in mind (and well prepared for all different devices) you shouldn’t have major problems with new Google ranking mechanism.

When talking about usability, it is good to mention that while Google denied that in the coming algorithm change they will penalize pages that have annoying features for users like whole page adds popups or videos that autoplay when you enter the age, they did mention that those issues could be addressed in future algorithm changes as they are constantly improving the page ranking systems and fine tuning them.

So the main thought that people from webmasters department are sending to site owners and developers is: be user friendly, think about your visitors and make your sites better for them.

To sum up, there were no big coming outs or secrets revealed in this hangout, but rather some additional clarifications and more detailed explanations of what we heard before.

Apply for our free web analysis and check not only if your site is mobile friendly according to latest Google changes, but also see how your site is doing in many other ways like speed, security, marketing etc. 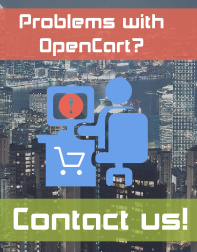